A terrific line-up for November’s show.

Just gigged with Lewis Charlesworth last night. He had some fantastically funny new material.  He’ll be there.

Michael J Dolan doesn’t live in Manchester anymore, which sucks. The good news is he is even MORE cynically funny now that he lives in Coventry.  He’ll be there.

Sarah Profit has just come off an amazing Fringe Festival run where she did her show AND a triathlon every dang day. She’ll be there.

Nina Gilligan hosts a show on Fab Radio International called Gilligan’s Island.  I help out with a show called The Gay Agenda there.  We have stuff in common and I love her.  She’ll be there too.

You should be there. 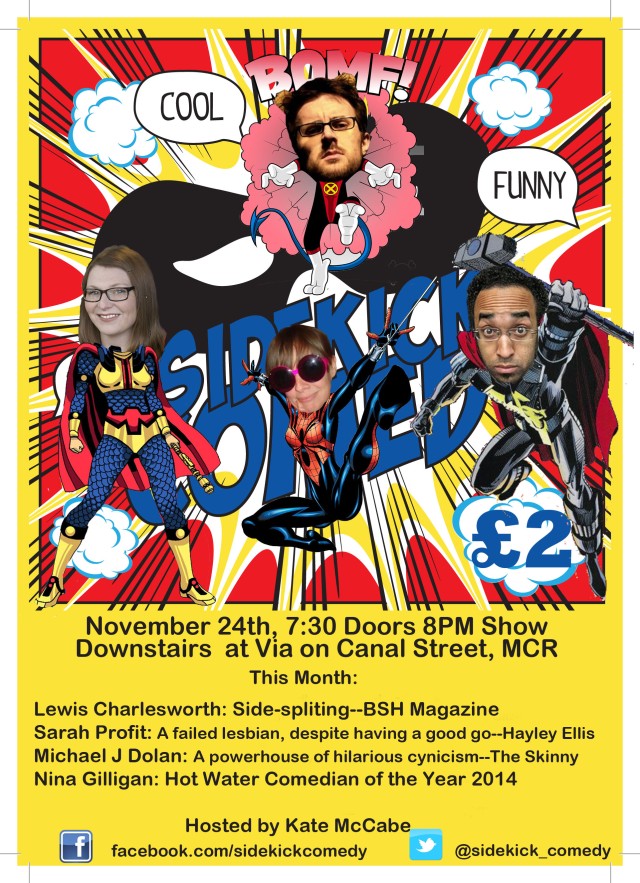